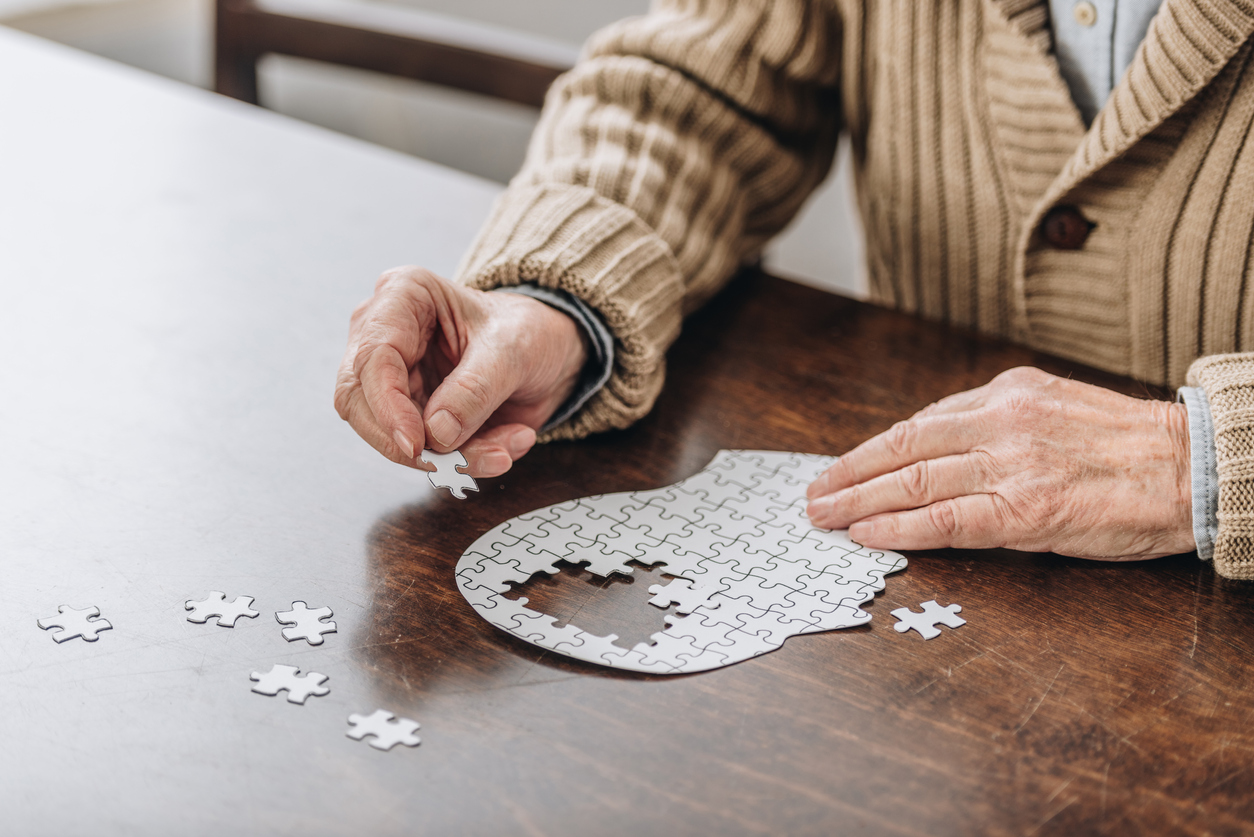 Dementia is a brain disorder that occurs when neurons in the brain stop functioning properly. Brain cells die as connections are lost, though neuron function is commonly lost to some degree as we age. However, dementia itself doesn’t naturally occur with age.

As a result of dementia, cognitive function continues to diminish. People who have it therefore require continual assistance as the condition progresses.

There are a number of illnesses that are types of dementia. There is no cure to these neurodegenerative disorders, but there are treatments to help alleviate the symptoms and slow down the damage. Home-based healthcare is the best mode of memory care so you can continue enjoying living in your own home.

Dementia is a common occurrence with the following brain disorders:

Lewy body dementia is another very common type of dementia. This progressive disease is recognized by microscopic Lewy bodies which deposit in the brain and cause damage to brain cells.

Mental alertness becomes dull with this condition, and the person affected might experience hallucinations. Persons with Parkinson’s disease have a higher risk of developing Lewy body dementia.

It is a form of dementia that develops from multiple brain diseases. These diseases are recognized as frontotemporal dementia (FTD). Dementia that is associated with FTD is actually most common in people who are under age 60. Additional parts of the brain are affected as the disease progresses.

How Is Dementia Diagnosed?

Dementia is difficult to diagnose, since a number of its symptoms are also common to multiple diseases. Though the conditions mentioned above are irreversible, some symptoms can be addressed and treatment will often slow down its progression.

The type of dementia treatment will depend on a proper diagnosis. A doctor will determine whether the patient’s dementia is caused by an underlying condition, such as a vitamin deficiency or a problematic thyroid condition.

Metro Medical Direct’s transitional care and memory disorders program assists patients who are dealing with memory loss and cognitive impairment. If you or a loved one has been diagnosed with a memory disorder, Dr. Raymond Zakhari, NP, will address the symptoms and the early signs of dementia.

Patients will benefit from a memory evaluation. Call us today at (917) 484-2709 for more information or to request an appointment. We look forward to partnering with you in home-based healthcare so you can continue enjoying life independently.

From symptoms and diagnosis to treatment and prevention, learn about common acute and chronic medical conditions in our interactive patient education center.