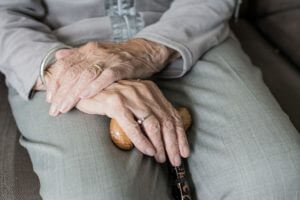 Dementia is a neurological disorder that ranges in severity. Here are 5 phases of progressive worsening decline:

This stage can last several years.

Other symptoms that may present in this stage include personality and behavior changes:

The brain at this point is at a very primitive stage of regression.

What are some symptoms to distinguish the types of dementia?

In about 80% of cases, people with Lewy Bodies Dementia may also have visual hallucinations of little people. Unlike Alzheimer’s Dementia people with Lewy bodies may not have forgetfulness. They will show poor judgment, confusion about time and place, and also trouble with language and numbers.

What are the next steps?

How can I make them more comfortable?

Assuming the diagnosis of dementia is made stop telling the patient things like remember you used to like, or quizzing the patient as it is not helpful and often frustrating because they may be aware that they are losing their memory.

Tips, strategies, and advice for caregivers

One of the most helpful strategies in dealing with someone with dementia is distraction. Other strategies include enticing them with creature comforts such as favorite foods, music, scents, movies, and old photos. In this phase, do not take anything as a personal affront.

For instance, they may tell you how horrible you were as a child. How you’re abusing them and they never liked your bratty kids. They might say your father was a horrible lover.  They had an affair with his brother. Maybe you had a long-lost sibling.

The reason you cannot take these statements at face value is that they might not be real. They may mistake fantasy for reality.  These stories might come from someone else’s life, maybe even a TV show or movie. They could even combine all these scenarios.

How do I talk to my loved one with dementia?

I hope you have found this post useful, please share it with someone who may find it useful.

Be sure to check out my podcast The Psychology of It All. It’s available on Anchor and also Apple Podcasts.

And make sure to read more of my blog posts where I cover a range of medical conditions.

Finally, be sure to browse the rest of my site and consider my services. I provide psychiatric, family medical house visits, and telehealth calls in Manhattan and surrounding areas. You can book an appointment here.